How To See And Interpret Aura Colors

For thousands of years, people have claimed to be able to perceive and interpret glowing auras of colored light which flow outwards from a person’s head.

Such beliefs and visions quickly became widespread, and joined the growing canon of religious and spiritual imagery all over the world. From the Persian depictions of deities such as Mitra (said to be the first deity or revered character depicted with a ‘halo’ or aura of golden light), to Native American, Australian, Chinese, Tibetan, Middle Eastern and European iconography, the aura has become part of our cultural consciousness, and is a powerful signifier of ‘true sight’ and enlightenment.

However, it is understood that it is not only enlightened beings or deities who are in possession of an aura, but in fact, all living and even natural inanimate objects also have a glowing band of colored photonic energy surrounding their form. Whilst inanimate objects such as trees, stones and crystals have fairly constant, very slowly transforming auras, higher life forms and especially humans have auras which flicker and transform themselves quickly with mood and emotional input.

We all have the ability to see auras, and we all possess the skills required in order to interpret their meanings and what symbolic messages are carried in their shape, size and especially their color. Why is this useful? Why might you wish to do this? Quite simply, reading auras allows you to very quickly read more deeply into the people you meet and encounter.

Just as a basic understanding of body language allows an individual to gain further insights into people and how they communicate with each other, being able to read auras allows us to quickly see when a person has honourable or dishonourable intentions towards us, whether they are honest or lying, whether they are confident, shy, nervous etc, etc. This opens the doors for a much richer, much more involved level of communication between ourselves and those people we encounter in day to day life, and can be used to help boost our confidence in various situations. 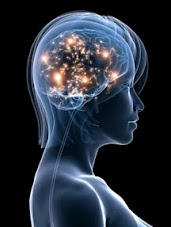 So, how do we interpret auras? The most simple way of doing so is by detecting their color, and reading into what these colors represent. Auras come in all colors and shades and tones, and often have aspects which change in color depending on mood or emotional energies. We all have an instinctual knowledge of what some colors represent – we innately know that golden light is something divine, something precious and important. We know that reds can symbolize danger and passion, heat and anger. We understand that blues and soft greens are calming and tranquil, contemplative and relaxing. Interestingly, auras are often several colors at once, and the combination of the colors is the result of a combination of character traits, emotions or thought processes.

For example, if red represents anger, and brown represents deception, then a reddish-brown aura would be a combination or interweaving of these two traits or thought processes. However, most of the time, people’s auras demonstrate fairly simple colors, which can be interpreted quite simply with our ingrained cultural understanding of what colors mean. This instinctual, innate knowledge of what colors symbolize and represent is something to bear in mind when reading auras, and we must have some faith in our senses when it comes to respond to people we meet. Often, that ‘gut feeling’ we have about people comes about from our unconsciously reading their auras with our peripheral vision, something we do unthinkingly as children all the time, but which can only be done consciously as adults with some training and practice.

Other factors in reading auras depend on the size and shape of the aura. Rarely is someone’s aura a simple oval egg shape, as is so often depicted. Because an aura is a photonic representation of pure energy, the outer layer and outline of the aura wavers and spikes with that person’s production and manipulation of that energy. For example, noticing a pronounced peak or spike in someone’s aura which quickly passes may represent them briefly feeling a strong emotion, or accessing a particular evocative or powerful memory. Gentle ripples can represent a consistency and steadiness of mind and character, and so on. Occasionally, you may notice holes in auras, or peculiar variations on shape and size. This is more often than not caused by a disruption or blockage in the individual’s energy flow, or as a result of a physical illness. There is a huge amount of information available on the subject of auras, color theory and general reading of energy fields, and it is a wonderful way to bring together scientific, artistic, semiological and spiritual disciplines together in order to better our perception of the world.